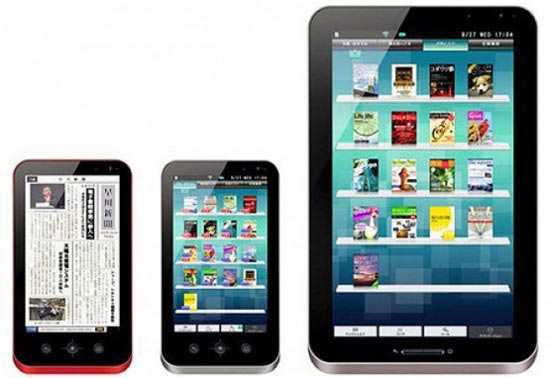 The tablet market is starting to get pretty heated. In addition to the iPad and Galaxy Tab, and RIM PlayBook, we can now expect something from Sharp in the order of a Galapagos line of tablet devices. Initial news was revealed in late September, Sharp now has followed through with an official announcement.

The Android-based tablets will come in two different sizes, neither of which carry the same dimensions as the iPad or the Galaxy Tab. Presumably, Sharp is going to manufacturer its own displays for this, since that’s a big part of their business already, and the different sizes help to differentiate these handhelds from others like them.

Aside from that, the exact details are still a little sketchy, but we do hear that it’ll run a skinned version of Android and rock a microSD slot for memory expansion.