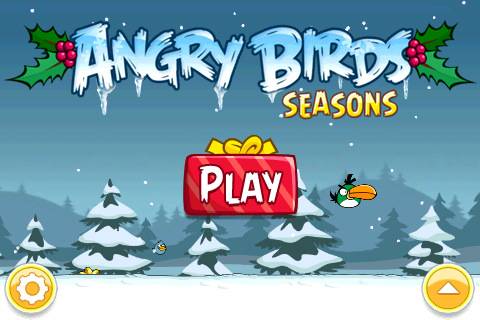 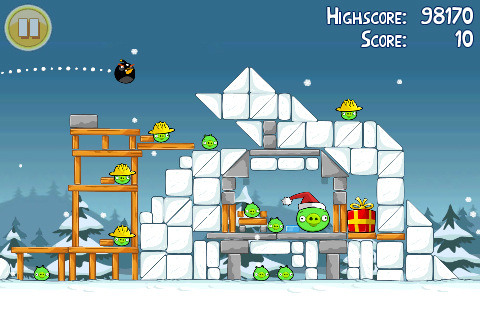 They could call it the Christmas Edition, but Rovio probably wanted to be a little more inclusive. If you’ve already got three stars on all the stages in the original, then it’s time to upgrade your way to Angry Birds Seasons. Those enraged fowl are back for another battle with the pigs and, as you can expect, much of the action remains the same as the first game.

Now available through the App Store for iPhone, iPad, and iPod touch owners, Angry Birds Seasons takes the same slingshot-infused action and puts in the middle of a “new seasonal theme.” The stages are very wintery, including green pigs wearing Santa hats and angry birds wrapped up in scarves. Rovio has also toss in a “very merry Golden Egg” for good measure.

The new version, which is effectively an update for the Angry Birds Halloween owners, boasts 25 days of bird-flinging, new achievements, and Game Center support. The pigs get trapped in ice and covered in wrapped presents. As before, Angry Birds Seasons is also 99 cents. I wonder if there will be a free version for Android?