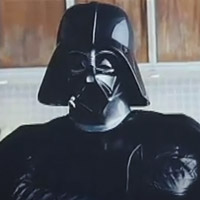 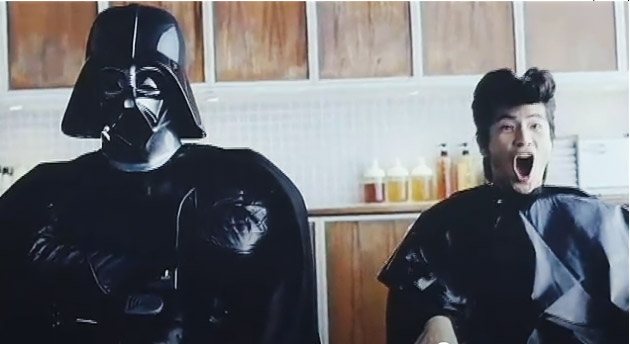 A long time ago, in a galaxy far, far away, a Sith Lord promoted a smartphone ironically called the Galaxy. It almost sounds like a match made in heaven, but Darth Vader has somehow become the spokesperson for the Samsung Galaxy S phone in Japan.

NTT DoCoMo is Japan’s largest cell phone carrier, and it has enlisted the services of Anakin Skywalker to market the popular Samsung Android smartphone. The Dark Lord of the Sith has already been seen in a series of posters and viral video clips for the company, and now it’s been revealed that he’s promoting the Galaxy not so far away in a time not exactly long ago.

This isn’t the first time that Star Wars has officially infiltrated the Android universe either. Your favorite trashcan-looking bot R2-D2 has already lent his likeness to the special Motorola DROID R2-D2 edition. If this relationship is to be understood, Samsung’s aligned with the Empre and Motorola’s with the Rebel Alliance?

Where does this leave HTC in the Android battlefield? They’re stuck being the Jawas and Ewoks in this battle? Does this make iOS like, I don’t know, Star Trek then?  It could be worse, KDDI AU has Lady Gaga on their Android devices, take your pick. [Mobile Crunch]