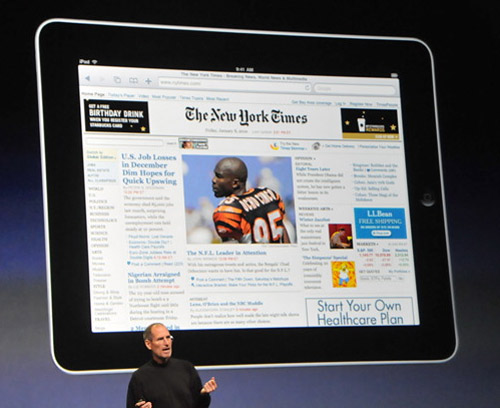 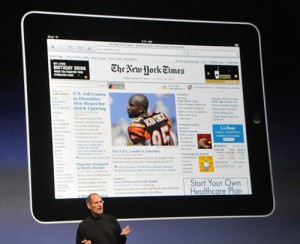 iOS 4 has not been here for long, and a software update offering news and magazines subscriptions aimed at iPad users may be on its way sooner than we think.

Recent reports indicate that Steve Jobs will be seen on-stage with News Corp’s Rupert Murdoch on December 9 at the launch of a tablet newspaper The Daily have led to speculations that The Daily may very well be offered as an app in the Apple App Store. According to Daring Fireball’s John Gruber, “Developers at News Corp. building the app already have preliminary documentation on the new subscription billing APIs from Apple.”

On a similar tone, a href=”http://www.wired.com/gadgetlab/2010/11/rumors-ios-4-3-will-offer-app-subscriptions-as-early-as-december/”>Macstories’ Federico Viticci has reported December 13 as the launch date of iOS 4.3, also adding that content based recurring subscriptions shall be a part of the iOS 4.3 update.

Considering the fact that both News Corp. and Apple are playing a huge role in The Daily, it would be plausible to assume that the iOS 4.3 update can most probably be on its way in mid-December itself so that it almost co-incides with the launch of The Daily. Richard Branson is also rumored to be releasing a competitor to Murdoch’s “Daily” called “Project”. This is expected to be announced Monday.

As regards to the iOS update, it is believed that a subscription based recurring billing system will help increase the number of media applications on iTunes too such as newspapers, TV, magazines, etc. Presently, many subscription based content providers have apps for iOS, but they also need to establish separate recurrent billing accounts for iTunes. Obviously so, if a user is paying every week for a newspaper or any other media content, the process would have to be made simpler than its present state and thus, the iOS 4.3 update becomes all the more vital.