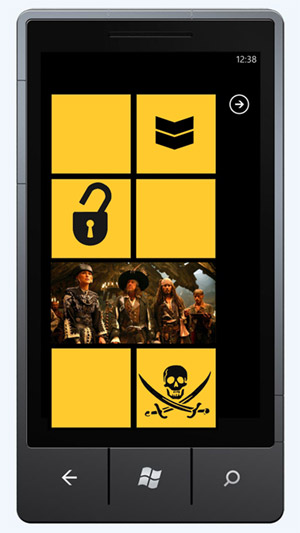 Well, that didn’t take very long. It feels like only yesterday that Windows Phone 7 made its official debut in the marketplace, but someone has already developed, tested, and released an unlocker for Microsoft’s latest smartphone platform.

This is not in references to SIM locks. This has nothing to do with having a phone “locked” to AT&T or Rogers Wireless. Instead, the Chevron WP7 Windows Phone 7 unlocker is more akin to “rooting” an Android device or “jailbreaking” an iPhone. It allows you to “sideload” experimental applications that are either not available in the official Windows Phone Marketplace or were never approved for whatever reason.

The sideloading of applications was supposed to be restricted to people who have a Marketplace developer account, because they need a way to test their apps. With the unlocker in place, though, you can try your own hand at those unauthorized applications. Windows Phone 7 is still in its relative infancy, but if it is able to pick up some steam, I foresee a Cydia-like utility for “jailkbroken” WP7 devices.

Oh, and if you’re worried about bricking your phone or voiding your warranty, the developer of the unlock assures us that it is “completely safe and reversible for the phone,” and the app will even allow you to “relock” your phone should you need to bring it in for whatever reason. [Chevron WP7]