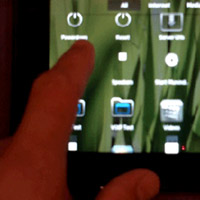 The Apple iPad starts at $499. The Galaxy Tab sells for $399 with a data agreement. What is Research in Motion going to do to jump into this emerging tablet market? Undercut the price, of course!

Chalk this one up in the rumor mill for now, but it sounds like RIM is going to sell three different versions of its QNX-powered PlayBook and the starting price is just $399. There’s no mention of a contract in the rumor, so this could very well be the unsubsidized price.

The $399 price point gets you the 8GB PlayBook. Add a hundred bucks to bump up to 16GB and top out at $599 for the 32-gigger. Aside from storage, all three models will have the same 7-inch screen, same 1GHz dual core processor, dual cameras, Wi-Fi, and BES support.

This pricing scheme could bode well for Balsillie and crew. They’ve been known to undercut with cheaper versions of the Pearl and Curve line, for example, so why would the tablet offering be any different?