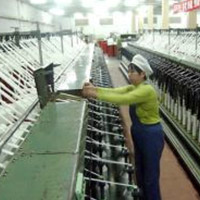 Foxconn, Apple’s overseas manufacturing partner, has added new production plants in Chengdu, China. The newly set up plants are expected to produce nearly 10,000 iPads every day. The boost in production capacity has been undertaken in order to meet the rise in demand of gadgets during the holiday season.

The Chengdu plant has already started “mass production” of the iPad and is also expected to become a “major supply base” in the first quarter of 2011, according to a Digitimes report. The report also mentions, “iPad 2 is expected to launch by the end of the first quarter of 2011 with Foxconn Precision Component and Foxlink all becoming component suppliers. Meanwhile, Chimei Innolux (CMI), which is also related to the Foxconn Group, is expected to supply panels for iPad 2.”

The new plant shall indeed increase the iPad’s market availability. At present, the biggest production unit of the region is located at Shenzhen with a production capacity of 2.5 million per month. In comparison, Foxconn’s Chengdu unit is expected to reach an output of 40 million devices per month.