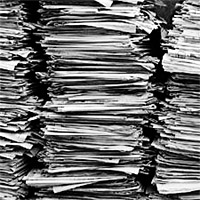 On some level, Rupert Murdoch is old school. On another level, he’s a brilliant businessman and knows how to make a buck. That’s why it seems that the News Corp CEO is reportedly working on an iPad-exclusive newspaper called the Daily.

The Daily may be exclusive to the iPad, which would be strange since similar tablet (and smartphone) devices could be capable of accessing the content. Steve Jobs has reportedly come to some type of deal with Murdoch to create this digital “newspaper.” The kicker is that there will not be a print version. At all. It’s digital only. Does this spell the end of Newsprint?

In Rupert’s mind, every member of the family will have a tablet of some kind in the not-too-distant future, thanks to economies of scale and lowered price points. He also recognizes that readers will be spending more time on their tablets than ever before.

This is so much more than just a rumor too. News Corp has been putting together a newsroom of about 100 staffers for about the last three months. According to reports, the Daily will have its beta launch around Christmas and will cost less than five bucks a month. That’s way cheaper than, say, the New York Times… and it’s going to be published seven days a week.

Considering that more people (myself included) have come to digest our news for free online, this low-cost alternative to the dead tree newspaper could prove to be an interesting experiment for Murdoch and News Corp. [WWD]