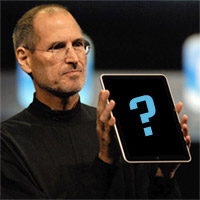 iPad 2 is rumored to be launched in the first quarter of 2011 itself. However, speculations are already running high regarding the impact iPad 2 may have on the market for iPad related products.

Even though the market for Tablet PCs is limited when compared to that of smartphones or netbooks (in terms of number of units sold), most manufacturers and vendors continue to remain hopeful that the trends might turn favorable in the coming year, but with the current air surrounding the release of iPad 2, such hopes may perhaps not be fulfilled so easily. Judging by the rumors, it is expected that most Tablet PCs shall lag behind Apple’s iPad 2 in quarter 3 of 2011, after a stiff competition in Q2.

It is noteworthy that many vendors such as Samsung Electronics, Dell, Hewlett-Packard and RIM have already launched or will launch at the same time of iPad 2, their respective Tablet PCs, and the projected sales of Tablet PCs in 2011 are being predicted to be somewhere around 45-55 million units. However, such figures do appear debatable and there also seems to be a dangerous probability of overstocked inventories being pooled with the vendors (as happened with netbooks in several markets of Europe and Asia).

The official date of the launch of iPad 2 is still anyone’s guess, but rumors indicate April 2011. With Intel making quick progress on its Oak Trail platform and Google also planning to launch a Tablet PC-specific version of Android by March-April 2011, the competition in the Tablet PC market is surely expected to get stiffer in the coming year. In terms of specifications, we can assume a camera or two (for video conferencing) will not be missed this time around, thinner and lighter body, and most likely a retina display. We don’t expect the screen size to change, since Steve Jobs recently expressed his comments about the 7-inch Galaxy Tab.