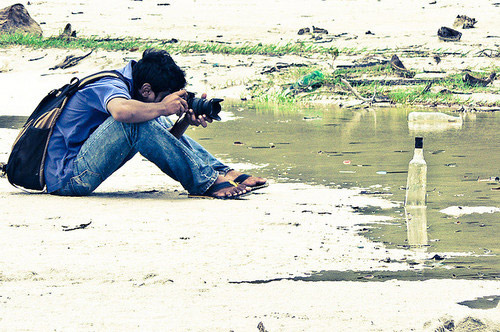 Planning on taking a trip to the Middle East? You might want to leave your Digital Rebel at home. It seems that Kuwait has effectively banned the use of DSLR cameras in public. I don’t know what the punishment would be, but I’m assuming that confiscation is at least the beginning.

It’s not like cameras are being completely banned either, if these early reports are to be believed. If you’re a member of the press, you can go ahead and whip out your EOS like nobody’s business… just be prepared to prove that you’re a journalist of some kind.

Does this mean that you’ll have no vacation photos whatsoever? No, not at all. From what I can gather from the scant reports is that tourists and locals alike are still allowed to use point-and-shoots and camera phones; they just can’t use an SLR.

Maybe they think that the camera could be used to hide a real weapon. If that’s the case, what would their response be to someone using a micro four-thirds camera like my new Olympus E-PL1? It’s compact, but it has an SLR-like lens on the front of it. Surely they will release an acceptable list of camera models? [Kuwait Times via Thinq]