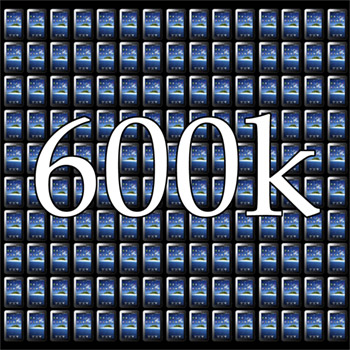 You know the analyst that said tablet sales are sluggish and Samsung has had to cut its production in half? Maybe the Korean giant was just being a little too ambitious, because some initial sales figures have risen to the surface.

According to a report released by Samsung over the weekend, they’ve been able to sell over 600,000 Galaxy Tab units since the product’s launch about a month ago. Bearing in mind that it’s not yet available in all markets, I’d say 600k sales isn’t that shabby. If they cut production by 50%, does this mean they were expecting to top 1.2 million in the first month?

The seven-inch Galaxy Tab sold about 30,000 units in its home country of South Korea since the Novembver 14 launch through SK Telecom. Global sales are aided by availability in 30 countries around the world, but I’m sure Samsung is going to expand that even further.

To be fair, about 7.5 million iPads have been sold since Apple started selling them back in April. The Galaxy Tab probably won’t reach those kinds of astronomical numbers, but as an iPad alternative, 600k is something to be proud of.