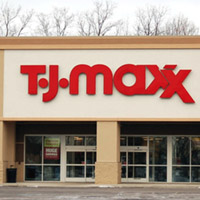 I don’t foresee things getting any cheaper any time soon unless some other retailer goes crazy on Black Friday. If you’ve been on the verge of buying an Apple iPad but can’t justify the $500 starting price, TJ Maxx looks like it has the ticket for you. Ticket, referring to a lower price tag.

It was rumored yesterday and confirmed today that TJ Maxx has the 16GB Wi-Fi model of the iPad on sale for $399. This is the bottom rung model, but it’s still an iPad and many people aren’t interested in the 3G version anyhow. As an added kicker, the $399 price has been spotted at Marshall’s stores too.

Remember that this is a whole $50 cheaper for a brand new iPad compared to the $449 you’ll need to swing to get a refurbished model direct from Apple. It’s also $100 cheaper than just about everyone else.

It does make you wonder whether TJ Maxx is selling these as a loss leader to get people through the door or perhaps they’re clearing out all sorts of extra stock in preparation for a second-gen iPad 2 in the coming months. Regardless, reports indicate that TJMAXX is not an Apple authorized reseller, and most stores do not even have them in stock. Probably alot of fluff for nothing.