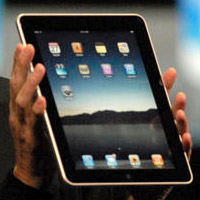 You know how Apple is so boastful that the iPad sales are off the charts? You know how Samsung is saying that the Galaxy Tab will be the hottest thing since sliced bread? Well, according to Rodman & Renshaw analyst Ashok Kumar, that might not be the case.

Kumar had some chats with the suppliers and it seems that the early orders for the Galaxy Tab are not as good as Samsung has expected, forcing them to cut production in half. This comes when the Galaxy Tab isn’t even available through all the carriers and in all markets yet? They might be overreacting a little too quickly… or it might be a prudent move so they don’t end up with way too much overstock.

And what about the iPad? Kumar says the Apple tablet will struggle to meet its six million sold benchmark in Q4. The reason is that the new MacBook Air could be biting into some of those sales. On the one hand, you might wonder why someone would skip a $500 tablet to buy a $1000 notebook, but think of it this way: When you only have so much money to spend, wouldn’t you rather have a new notebook than a tablet?

By buying the MacBook Air, you still have a very portable computing device, especially if you go for the 11-incher. It won’t do Angry Birds yet — not until Apple opens up an app store for Mac OS — but it can do a heck of a lot of other stuff that the iOS tablet can’t do. Similarly, people are opting for smartphones over tablets too for much the same reason. You have to have a cell phone; you don’t really have to have a tablet.

I think that Kumar might be jumping to some conclusions a little too quickly, as the tablet market is anything but mature yet, but he does raise some interesting points to ponder.