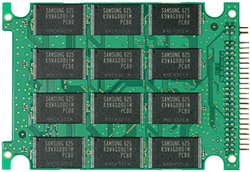 If you are planning to buy a Solid State Drive (SSD), it may very well be the right time to do so.  Going by the present trends, Solid State Drive manufacturers such as Intel and Adata Technology have been dropping SSD prices by as much as 10-15% in order to increase sales and market penetration rate.

On the other hand, Hard Disk Drive (HDD) prices have gone up substantially in the fourth quarter of 2010. The rise in HDD pricing can be attributed to the fact that all major Hard Disk Drive manufacturers, including the likes of Western Digital, Seagate, Toshiba and Hitachi GST, have recently cut down their production capacity in the final quarter of 2010. Judging by unofficial figures, the price rise in the HDD segment is estimated to be as high as 4-5% (for 500 GB models).

Since the SSD prices have shown a decline and most major manufacturers — such as Samsung Electronics, Micron, Intel, Toshiba and Hynix — have all shown an affection for the development of 20nm processes, it is expected that the sales of SSDs shall rise by year end.

So does this imply that SSD may finally pose a threat to HDD? No, definitely not. With Solid State Drives still 10 times costlier than traditional Hard Disk Drives, the fall in price won’t affect the HDD sales much. Yet, for those who were inhibited by the awkwardly high pricing of Solid State Drives, 2010 year end may perhaps be the much anticipated and eagerly awaited ‘auspicious’ occasion to buy one!