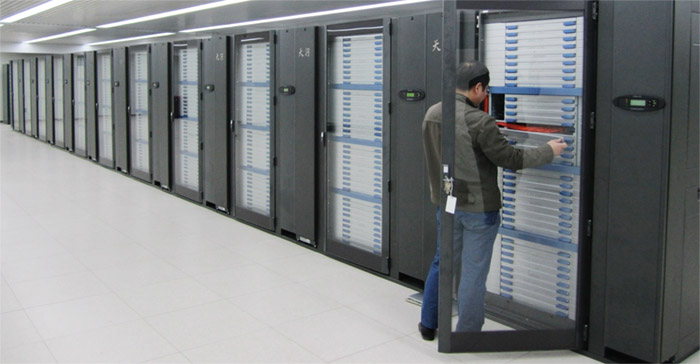 Intel, the worldwide hardware giant, has added yet another feather to its hat. Now it can brag about the fact that its processors power the world’s fastest super computer. As per the recent announcement by Intel, its Xeon 5600 series processors are the heart and soul of the planet’s most powerful machine, the Tianhe-1A, which is located at the National Supercomputing Center in Tianjin, China.

The Tianhe-1A, containing 14,396 Intel processors coupled with accelerators, has so far recorded a monumental performance of 2.57 petaflops (quadrillions of calculations per second). Impressive, isn’t it?

For those wanting to know the finer print, Intel has partnered with Inspur, a Chinese computer manufacturer, in order to work for the National Supercomputing Center. And to further add to the glory, the most recent catalogue of Top 500 supercomputers shows that 80% of them run on Intel processors. Intel-powered machines feature in fields as diverse as scientific research, financial calculations and geophysics. Way to go, Intel!