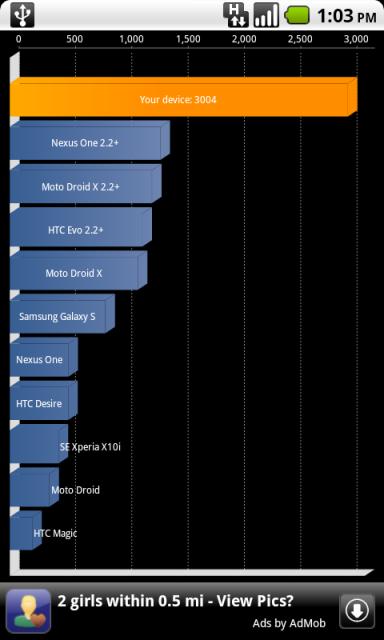 Battery life? Forget about it. That’s like considering fuel economy when you’re trying to make the world’s fastest racecar. I might not put the T-Mobile G2 in the same sentence as a Bugatti Veyron or a Pagani Zonda F, but they have managed to make this thing soar with some overclocking genius.

Last month, the enthusiasts were able to take the stock 800MHz processor under the hood of the Android phone and push it to 1.344GHz, almost doubling its clock speed. Now, someone has pushed it even further to a whopping 1.9GHz.

The T-Mobile G2, which is basically the same as the HTC Desire Z, has been permanently rooted and this is opening all sorts of possibilities. At 1.9GHz, that makes the processor in the G2 even faster than certain netbooks and notebooks, at least in terms of clock speed.

Is it stable? Probably not. Will it suck through your battery life like there’s no tomorrow? Most definitely. Even so, this is quite the feat and their efforts should clearly be applauded.