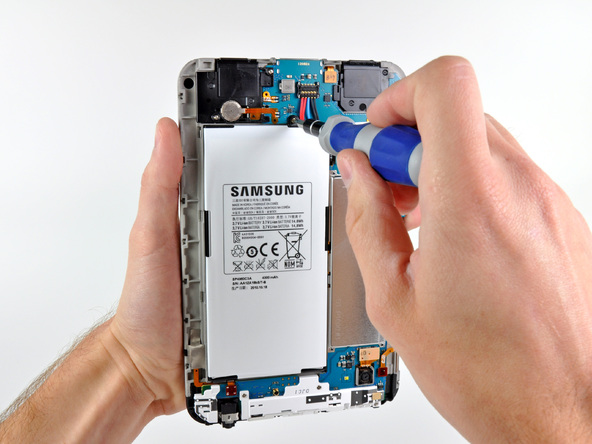 Are you the kind of person who enjoys repairing technological gizmos that are usually only left for authorized service personnel? Then you’ve got to love these teardown tutorials by way of iFixit. The latest victim is the Samsung Galaxy Tab.

The tablet is a bit of a mixed bag when it comes to self-repair. You only have to deal with a couple of tri-wing screws to get at the dock connector, but you’ll have to be crafty with your plastic opening tools to pry open the casing.

Once inside, you’ll notice that the 4000mAh battery dominates most of the innards on the Galaxy Tab, even though it’s only about half the weight and capacity as its iPad counterpart. Removing a series of connectors, you can then take out the motherboard, which in turn gives you access to the front panel.

In the end, iFixit gives the Galaxy Tab a six out of ten for repairability. They appreciate the user-replaceable battery, but they don’t like how “getting the Galaxy Tab open is quite a chore; plastic opening tools alone are not enough to do the trick.”