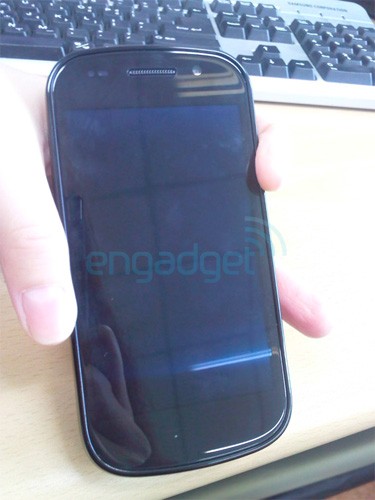 As per earlier rumors, the second Nexus phone does indeed look like it is based on the increasingly popular Samsung Galaxy S platform. This comes via a leak on the Best Buy website (which has since been pulled), but the next “Google” phone has a model number of GT-I9020. For the record, the unbranded Galaxy S is the GT-I9000.

From what we can gather, the Nexus S will have a front-facing camera and Wi-Fi. The model that jumped through the FCC hoops was rocking T-Mobile’s AWS 3G bands, though I imagine an alternative will be made available to do it dance on AT&T (and Rogers) too. That is the path that Google end up tooking with the (HTC) Nexus One, after all.

Pricing is still up in the air, but reports are indicating that Best Buy could start selling the Google Nexus S as early as November 14. That’s this Sunday!