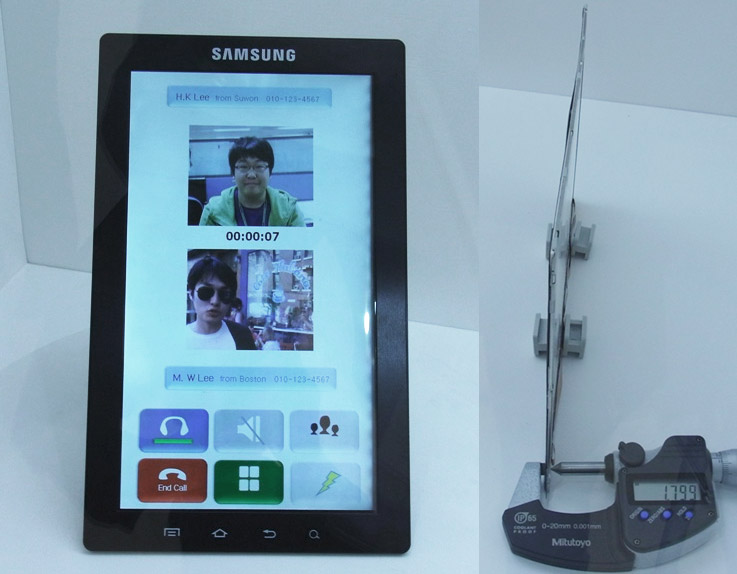 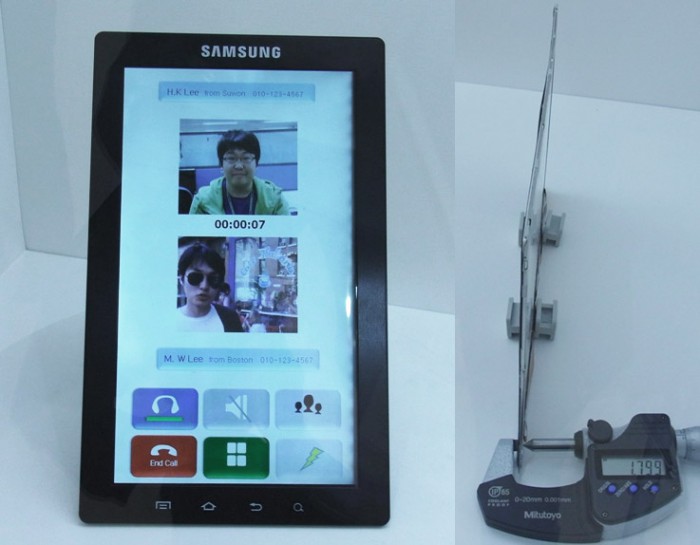 If you’re digging the prospects of the Samsung Galaxy Tab, but would much prefer to have a bigger display, it seems the Korean giant has another trick up its sleeve. Samsung is willing to unveil its new 10.1-inch LCD panel that measures a mere 1.8mm in thickness.

It did so at FPD International 2010/Green Device 2010 in Chiba City, Japan. One of the key differences with this LCD panel is that it uses a 0.09mm-thick resin substrate. If it were not for backlighting, the panel itself would only be 0.44mm thick. The new version is also 28 grams, compared to the 130 grams of the current LCD.

So, why should you care? Because there has also been a leak of a bigger Samsung Galaxy Tab. Sammy had a notebook and an e-reader at the trade show with the new display, but what’s to say they’re not really working on putting it in a tablet instead. After all, the leap from the e-reader to tablet is only a couple of tip-toes.

Personally, I think the existing seven-inch tab hits a pretty magical sweet spot in terms of size. At ten-inches, I’m almost inclined to get an 11-inch or 12-inch notebook instead to gain functionality. That said, I’m sure there’s a market for something a little bigger. Just look at the other thing, oh, what’s the name of it again?