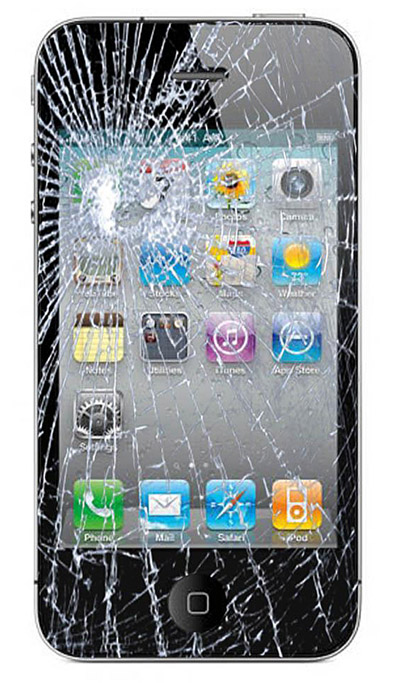 Do you have an iPhone 4? Are you planning to get one? Sure! Go ahead. Just keep one thing in mind: it is a delicate darling.

SquareTrade, a third party warranty company, tracked over 50,000 different phones over a year to analyze their accident rates (faults due to spills and drops) as well as non-accident ones (phones malfunctioning of their own accord). iPhone 4 came up with a magnificent 2.1% rate for the latter and a dismal 13.8% for the former. So if you are an iPhone 4 owner, be happy as the phone is likely to serve you well – that is if you are alert and cautious!

And to further second the point, SquareTrade discovered that 90% of iPhone 4 damages were accidental. For your reference, this is how the other phones faired:

The above numbers are for accidental damages only. The figures for Motorola and HTC aren’t awesome either though shockingly enough, Apple’s iPhone 3GS did considerably better. As it is evident, Blackberry devices stood apart as being sturdier than all the rest. But does that add to Blackberry’s USP? Probably not, as the study further showed that Blackberry’s 6.2% accident rate was complemented by the 6.7% non-accident rate — implying that the phone is likely to malfunction due to technical flaws more often than the rest.

Lessons learnt: It goes without saying that the good deal of resources employed in manufacturing the glass adds to its fragility (as compared to plastic). To quote from SquareTrade’s report itself, “The bigger issue for consumers is the vulnerability of phones to accidental damage, especially as the market evolves more and more to include large glass displays…”

On a concluding note, I’m tempted to question the Gyroscopic 3D motion gaming feature in iPhone 4. Seriously, who would shake a device that threatens to slip out of your hands each time you touch it?  It’s not cheap to fix your glass.