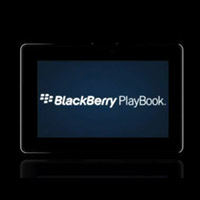 Some people might say that Research in Motion is a little late to the tablet party if it can’t release the PlayBook in time for the holidays. I don’t think that’s true. If it’s a compelling product and it’s marketed correctly, it could be a hit. It helps if the price is right too.

Jim Balsillie is the co-CEO at RIM and in a recent interview in Seoul, he confirmed that the upcoming PlayBook tablet would be sold for “under” $500. This could effectively undercut the Apple iPad, which starts at $499 and ramps up to $829 for all the bells and whistles.

That could be good news, but this “confirmation” can be construed in a few different ways. Balsillie never said that the sub-$500 price point would be for an unsubsidized device. The Samsung Galaxy Tab is also under $500, but only if you sign a carrier contract. RIM could be taking the same approach.

There is another silver lining to be considered too. Unlike Samsung, which is only selling the Galaxy Tab through carriers (at least in North America), Research in Motion is casting a wider net.

Business Week is indicating that RIM will do the carrier thing, but the PlayBook will also be sold through “retail stores of Target Corp. and Best Buy Co. in the U.S.” I hope that the outright price is under $500, but we won’t know for sure until they start selling the BlackBerry-infused tablet in Q1 2011.