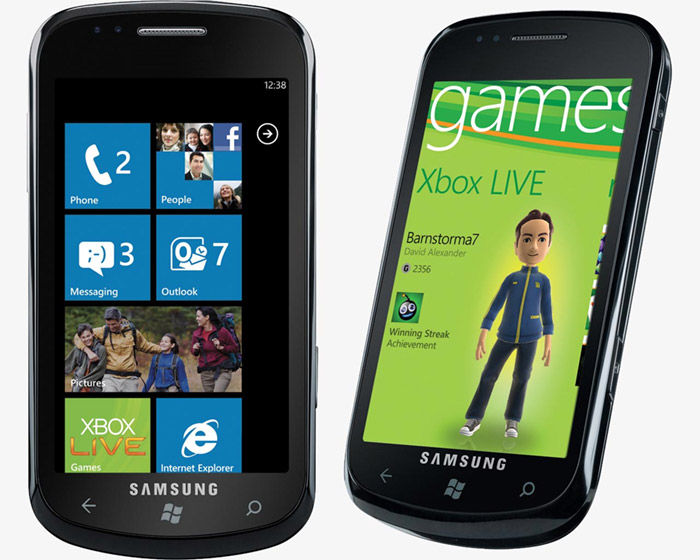 Microsoft has certainly seen brighter days in the mobile realm. Windows Mobile has very much fallen into the background with the rise of iOS and Android. Well, Windows Phone 7 could turn things around for Ballmer and crew. Better yet, it’s finally here and you can get your hands on it right now.

Over at Rogers Wireless, they’ve picked up the Canadian exclusive to the Samsung Focus, a Windows Phone 7 device that comes loaded with some very impressive hardware. Beyond the Windows Phone 7 Live Tiles and Hubs, you get a massive 4-inch Super AMOLED touchscreen. The incredible contrast of Super AMOLED very much lends itself to the UI on WP7.

Other highlights include HSPA connectivity, Bluetooth, 5.0-megapixel camera, 9.9mm slim profile, 8GB internal memory, integrated social networking, Bing Maps, GPS, Wi-Fi, and more. I’m not sure if I like the capacitive touch keys for the back, Windows, and search buttons, but the rest of the spec falls in line with the Windows Phone 7 standard put out by Microsoft.