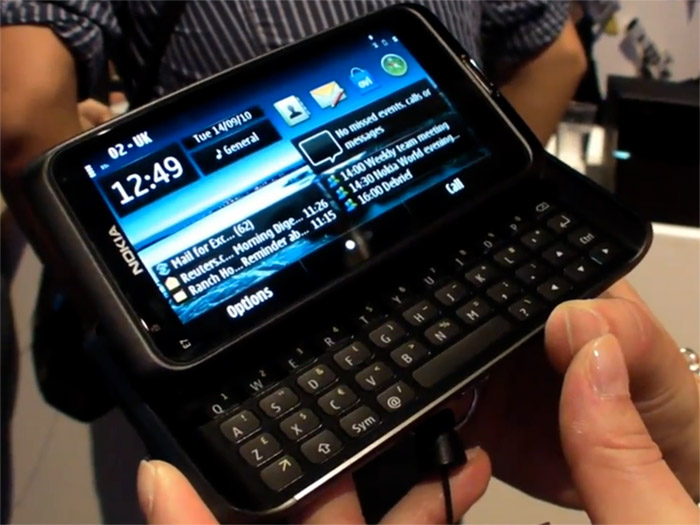 A couple of months ago, the Nokia E7 made its first official appearance. Now, it seems that the Finnish phonemaker is almost ready to start selling the Symbian^3 smartphone.  Of all places, the announcement of a release date came by way of the official Nokia Twitter account. In it, it was revealed that the Nokia E7 would start shipping “from Dec10.” People who jumped on the tweet initially thought this meant December 10th, but it was later clarified that this meant December 2010.

In this way, we still don’t have an exact launch date for the sliding smartphone, but we can pin it down to next month some time. As a quick refresher, the Symbian^3-powered Nokia E7 has a slide-out QWERTY keyboard, 4-inch CBD capacitive touchscreen, and 8MP camera.

You can probably expect it to find it through the Nokia corporate store as an unlocked device. It may or may not show up with a carrier subsidy any time soon, but with the Nokia N8 selling through Rogers, that could be a possible destination for the E7 too. [Nokia Blog]