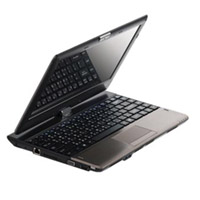 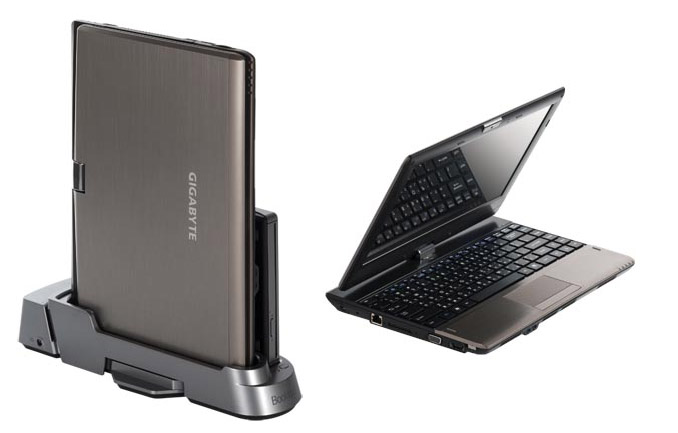 It’s almost as if Gigabyte has devised a product for the most indecisive person on the planet. Maybe you want the portability of a notebook, the touchscreen of a tablet and the comfort of a desktop. If all of the above apply, maybe you want the Gigabyte Booktop T1125.

It’s not entirely new for Gigabyte to pull off such a move, but the Booktop T1125 is a little different than some of the other products it has released in the past. In the strictest sense, it is a convertible tablet. This means that you’ll likely be using the 11.6-inch display in a notebook like fashion most of the time. The display can then rotate and fold back down so you have a tablet PC experience.

Partly what separates the T1125 from its predecessors is that there is also a “sideways” dock. Planting the system into this dock in a portrait-like fashion, you effectively get a desktop experience. You can presumably connect a primary LCD to the dock and then use the T1125 as a touchscreen-enabled secondary display. You know, for Twitter updates and that sort of thing.

Running through the specs, you’ll find a choice of Core i5 or i3 ULV processors, USB 3.0 ports, Optimus battery-enhancing technology, THX and dual-channel speakers. All of this will start at $1,299 and it ships later this month. This convertible tablet thing has been done many times over in the past, what makes Gigabyte’s Booktop notable is they’ve made a docking bay for it, and that its a netbook. Woot?