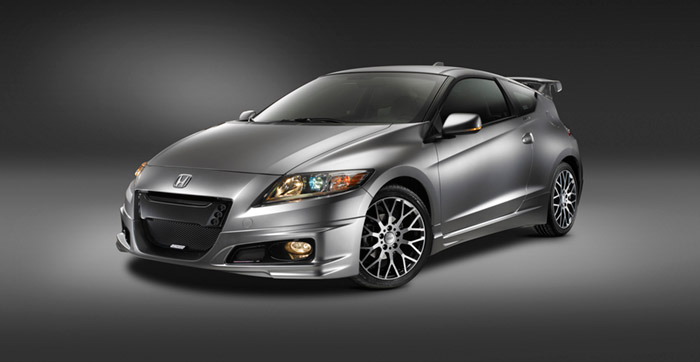 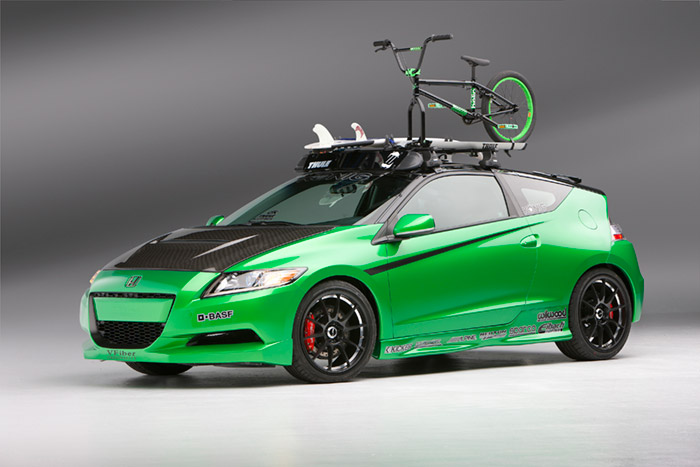 Hybrid cars have a certain reputation around them. When some see a Toyota Prius, there is a preconceived notion of who the driver is. A general assumption follows for what’s under the hood; hybrids are largely gutless and not at all appropriate for the performance enthusiasts in the audience (ok, we’re not talking Tesla-class obviously). Honda wants to change that perception, at least for the “average consumer” model.

The 2011 Honda CR-Z gets me charged on several levels, and it may just have to do with it being the companies first sports hybrid. That may sound like an oxymoron, but you also have to realize that the CR-Z is the first hybrid to be outfitted with a real six-speed manual transmission. The sporty appearance is meant to elicit memories of the Honda CRX of old. Remember that hot hatch?

Yes, the CR-Z is also available with the continuously variable transmission (CVT) that you’ll find on many other hybrids, but the six-speed is what changes things here. I had the opportunity to take the car out for a lengthy boot. I found that the 122 horses are just enough to make the car fun to drive. Throwing it into the corners and rev-matching as I piled through the gearbox left a distinctly familiar smile on my face. No, it’s not the most powerful thing in the world. But he 1.5L SOHC i-VTEC four-banger gets a little extra jump with the Integrated Motor Assist system, and it’s not going to compete against “real” sports cars anytime soon. It’s also nice to see 128 lb-ft of torque, bringing a high-revving Honda engine sound to the experience. 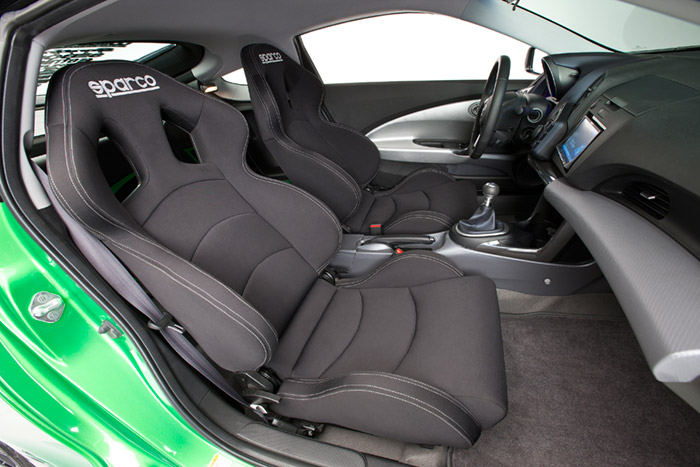 Unlike many other hybrids, the gas engine on the CR-Z never turns off completely while you’re in traffic. The electric motor is there for “assist” purposes only and will not drive the car on its own. Realistically, you don’t even really realize it’s a hybrid until you look down on the colorful gauges on the dash to see the “assist” kicking in. As with other hybrids, it can recharge its trunk mounted NiMH batteries when braking.

Considering that the car starts at under $20,000 in the United States, and $23,000 or so in Canada, I was also reasonably pleased with the generous stock features. You get Bluetooth, AUX input, climate control, and power everything, standard. The fit and finish is not half bad for the price.

Will you get earth shifting fuel economy with this? Not particularly, but you are getting close. In “my” real-world testing with combined city and highway driving, I was able to achieve about 6L or 7L per 100km (40 MPG), which is roughly the same as the non-hybrid Honda Fit. You do get more power and “fun” than the Fit though.

The 2011 Honda CR-Z sports hybrid is a bit of a gimmick car, I think it’s one that works quite well for a specific type of driver. You get the fun of a sports car, the street cred of an aggressive exterior styling, the gadgets and tech you need to keep connected, and the green “pat on the shoulder” for driving a hybrid. Honda has made hybrids fun too.