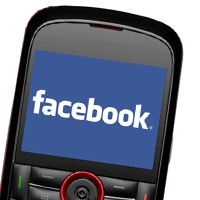 When Android was still in development, we thought it was a little odd for Google to get into the hardware game with a self-branded device. Similarly, we thought it was odd when there was talk of a potential Facebook phone. Well, Mark Zuckerberg has just put those rumors to rest.

Instead, the social network’s CEO said that the company will be releasing Facebook Places and Facebook Groups for Android (as well as for iOS). Zuckerberg acknowledges that a Facebook phone is a “novel idea,” but they’re not going to do it.

Ultimately, this is probably for the best. Zuckerberg is already worth more money than Steve Jobs. He doesn’t need to further complicate things by getting into hardware; he is a programmer at heart, after all.