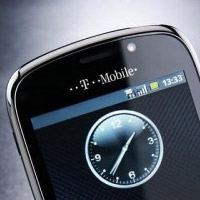 In the third quarter of this year, Google Android was installed on nearly half of all smartphones purchased in the United States. Sales were largely fueled by the higher-end offerings, like the HTC EVO 4G, but T-Mobile has some more affordable options for you this holiday season.

If you want to jump on board the Android train but want to do it in a more affordable way, T-Mobile has just announced the addition of four new Google-y devices to its holiday lineup. They all hit shelves this Wednesday.

The T-Mobile Comet, for example, is just ten bucks on contract (or under $200 prepaid). The Huawei-sourced handset has a 2.8-inch touchscreen, 528MHz processor, and 3.2 megapixel camera. Similarly, the LG Optimus T is $30 on contract (after rebates). The 600MHz processor makes it a touch (no pun intended) speedier than the Comet.

If Android continues to span the pricing spectrum like this, I can only imagine that the Google-sourced OS will continue to gain market share. Personally, if I was with the magenta carrier, I’d opt for the T-Mobile G2. Hotness.