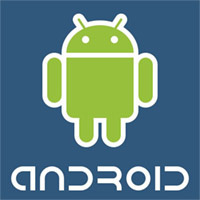 It’s true. We were told that 2010 was going to be the year of the Android and that promise is holding up. The NPD Group just released its findings for the third quarter of this year and Google Android absolutely dominated the sales figures.

For Q3, Android OS accounted for 44 percent of all smartphones sold in the United States. That’s an increase of 11 percentage points compared to Q2. By comparison, Apple’s iOS (iPhone) held relatively steady at 23 percent of phones sold and RIM fell to third with just 22 percent (it had 28 percent in Q2).

It’s easy to see why Android is becoming so popular. There are so many new Android devices out there that appeal to a wider audience: HTC EVO 4G, Motorola Droid X, Samsung Galaxy S, and so on. Interestingly enough, the top seller in Q3 was still the Apple iPhone 4, but Android has an aggregate beat it out by a factor of two-to-one.

Before all the BlackBerry fans raise a ruckus over this news, it should be noted that the information for NPD’s research came by way of Mobile Phone Track. They only track consumer spending in the United States and not corporate or enterprise mobile purchases. I’d imagine that RIM still has the lion’s share of that market.