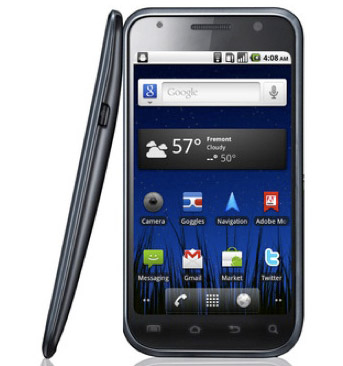 The Google Nexus One, sourced from HTC, has proven to be one of the most popular Android phones on the market. It is the official developer’s phone, after all. So, what can we expect from the hotly anticipated Google Nexus Two? For starters, the search engine giant is moving away from HTC. At least, that’s what the rumors are leading us to believe. For the Nexus Two, it seems that Google is partnering up with Samsung. This makes a lot of sense, considering the rising popularity of the Galaxy S platform, and the Nexus Two could be an evolved or even true second-gen take on the Galaxy S.

According to Gizmodo, the Samsung/Google Nexus Two will have a four-inch AMOLED screen, a black and shiny body, a curved and tapered back, and Android 3.0 Gingerbread. On the flip side, PCMag is saying that while Samsung is working on an unlocked Android phone, it’s not necessarily the Nexus Two.

Either way, it seems that Samsung is holding a press conference on November 8 and it’s on this day we think they’ll reveal the Nexus Two (or whatever it’s called). That happens to be the same day as the Windows Phone 7 launch. Coincidence? Maybe not, but it does look like a good day to be a smartphone fan.