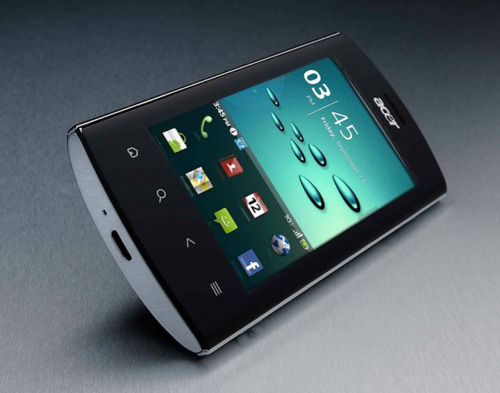 What’s that? You thought bumping from 3.6Mbps to 7.2Mbps was already pretty darn fast for a mobile device? Acer wants to go further. That’s why the newly revealed Acer Liquid Metal is perfectly capable of doing 14.4Mbps over an HSPA 3G connection.

Naturally, the phone is only half of the equation. If your chosen HSPA carrier doesn’t do the 14.4Mbps dance, you’ll get slotted down into 7.2 of 3.6 anyhow. That said, it’s good to know that this phone can blaze along at those speeds.

The Acer Liquid Metal is the official successor to the Liquid E and the Android 2.2 smartphone comes with a series of upgrades. It gets the same 800MHz MSM7230 Snapdragon processor as the HTC Desire Z, a “rounded” 3.6-inch 800×480 touchscreen, 5MP camera with 720p video, Dolby Surround sound, DLNA media sharing, and 802.11n Wi-Fi.

The Android base gets overlaid with Acer’s Breeze user interface, giving you “weather and other details” on the lock screen, as well as a quick way to launch recently used apps. Look for the Liquid Metal in the UK for GBP 299 around the middle of November. Nothing’s been confirmed, but since the Liquid E is already with Rogers and Fido, I’d imagine that big red and its little puppy will get it at some point too.