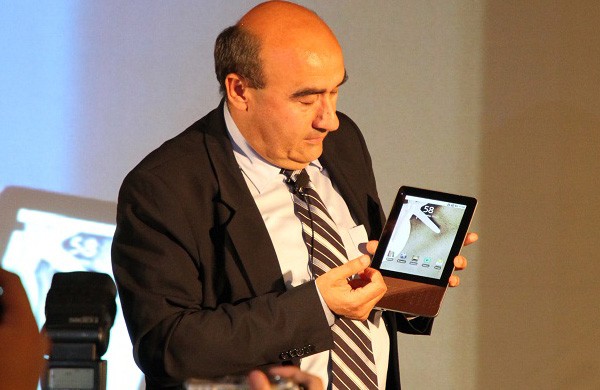 The cheapest Apple iPad you can buy is $499. The cheapest Galaxy Tab is still $400 on contract. There has to be a more affordable option from a name you can trust. Acer thinks so. That’s why it’s launching its first line of tablets on November 23 with prices starting at $299. That’s quite a bit cheaper!

That’s the good word coming down from Acer CEO Gianfranco Lanci. The launch is set to take place late next month in New York City. The sub-$300 price point is as low as they go, but pricing can go as high as $699 as you move up the Acer tablet line.

Curiously, Acer did not reveal any further details about these tablets. They could be just Dell Streak-sized five-inchers. They could be Galaxy Tab-sized seven-inchers. Or they could be of the nine to ten-inch variety. It’s also very possible that Acer is going to sell them in a variety of sizes and flavors, as we have already seen various prototypes. It’s also unclear whether that $299 price point is with or without a carrier subsidy. I hope it’s the latter.

Whatever the case, fans of Android tablets should have several new options to ponder before Santa makes his rounds later this year. I don’t know if I’d buy an Acer tablet myself, but it’s good to know that I’ll have the choice.