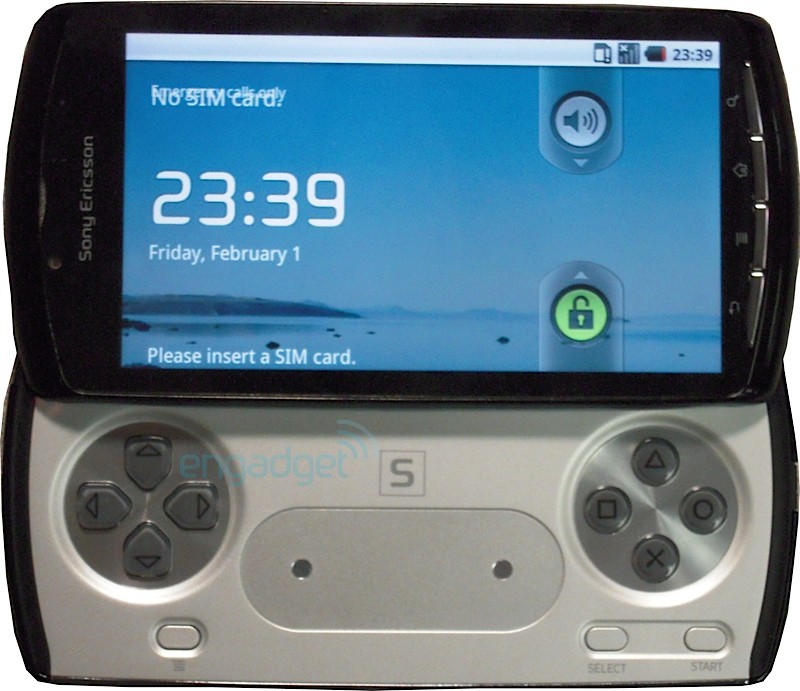 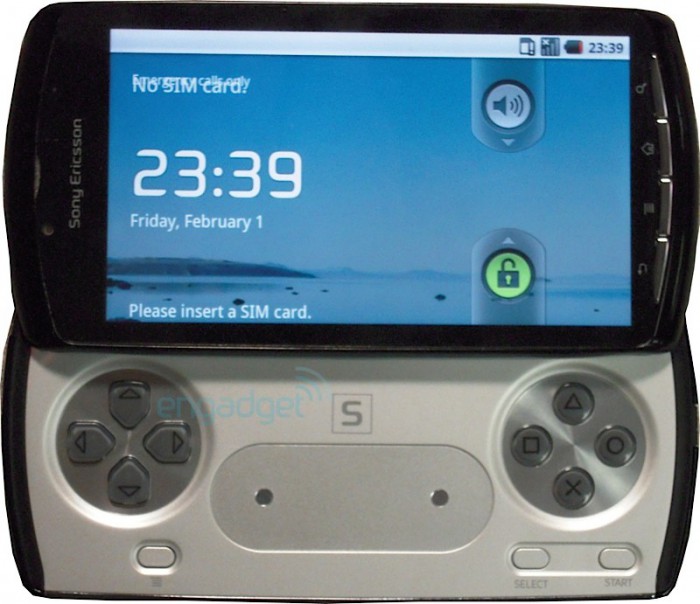 Rumors of a possible PSP Phone have been lingering around the Internet for years, but it seems that we are finally getting a glimpse at the real deal. Apparently, this is no random knockoff from China. This isn’t a fanboy rendering. This really is the PSPhone.

At least, this is what we’re led to believe. Engadget assures us that this is the real deal and it really is the PlayStation Phone we’ve all been looking for. The form factor is very much like the PSPgo with its slide-out controls, but you’ll notice an extra large multitouch trackpad in the center. Aside from that, you get the four directional controls, four face buttons, and two shoulder buttons. It’s possible that the trackpad, with its two dots, could be the replacement for a pair of analog thumbsticks.

As far as tech specs, we’re being told it has a 1GHz Qualcomm MSM8655 processor, 512MB RAM, 1GB of RAM, and a 3.7 to 4.1-inch screen. Interestingly, Sony has ditched the Memory Stick format in favor of a more standard microSD slot. Power comes by way of Android 3.0 (Gingerbread), though Sony will likely have an overlay of some kind. We already saw TimeScape on the Xperia devices, so maybe a GameScape or something for the new PSP platform?

Oh, and in case you’re thinking “just” an Android smartphone won’t cut the mustard for a true gaming platform, here’s some food for thought. The current PSP? Its processor is only a 333MHz number and it rocks 64MB of RAM. On paper, this supposed PlayStation Phone blows it out of the water.