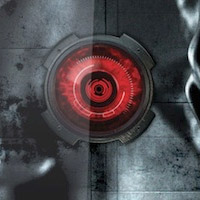 If you or any of your friends own a Droid X, you undoubtedly have been complaining, or hearing complaints about the bugs included with the latest Dorid update to Android OS 2.2 (Froyo).  Now, it’s not all bad. The improvements to the phone with the update have been great. There has been an increase in performance and stability, as well as reported improvements to battery life, but there are a few glaring issues that are making users wonder why Motorola seemingly rushed this operating system update.  Now, Motorola has compiled a list of the problems, and claims to have developed fixes for all of them.

Motorola is also asking that their users provide them with feedback on the problems they are having. What a novel concept, listening to your users!  Some companies could learn from this.

There’s been no timeline given for an update that actually fixes these problems for normal users, but at least Motorola seems to be proactive in the process of rectifying the situation, rather than just waiting for the 2.3 update from Google.  It’s understandable for there to be urgency in releasing OS upgrades given the tight market for Android Smartphones, but with a built-in general disdain for the MotoBlur interface throughout the Android community, I would hope that Motorola would concentrate on releasing more stable updates in the future. After all, HTC upgraded the EVO 4G and Incredible to Froyo with a fraction of the problems that Motorola is having.