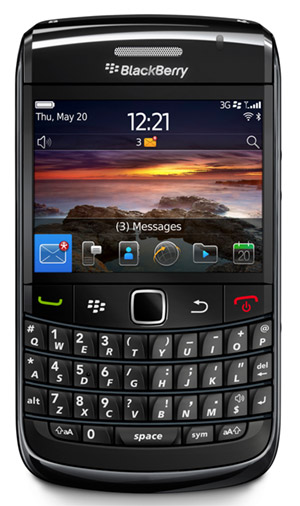 It’s not like this phone came out of left field, since we knew about its pending release for some time now, but it’s good to see an official word come out from Waterloo. Apparently, the new Bold is ready for sale as of next month and I fully expect the usual suspects (Rogers, AT&T, etc.) to pick it up.

As far as specs, the 9780 is much the same as the Bold 9700 before it. The form factor and fundamental layout are the same, but the camera’s been bumped to 5.0-megapixels and the RAM has been doubled to 512MB. Perhaps more importantly, the Bold 9780 comes with BB OS 6.0 out of the box.

I really enjoyed many of the OS improvements when I experienced them on the Torch. The multitasking was great, the web browser is greatly improved, and even Social Feeds added some value. I do want to know how they’ll handle the multi-tier dock without a touchscreen though.