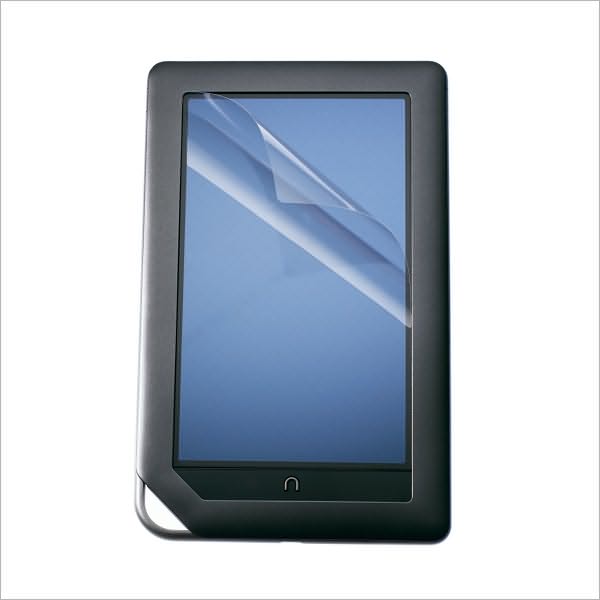 What do you do when you’re still stuck playing second fiddle to the Kindle and the iPad is stealing your thunder? You release an updated version with more features, functions, and juicy specifications, of course! That seems to be the strategy behind the upcoming Nook Color, the official successor to the first Barnes & Noble Nook.

Details are remarkably sketchy at this point, but the rumor mill is pointing toward a new Nook that would feature a color touchscreen display, Android-based operating system, and a $249 starting price point. It would be called the Nook Color, appropriately enough, and it’s possible we’ll see it at the Nook event tomorrow afternoon.

For now, we get a glimpse of what appears to be an official product shot from an accessory page. This picture is for the Nook Color Screen Film Kit, which is basically a screen protector. We’re not as interested in the film, of course, but the Nook itself is starting to look like a tall iPad, don’t you think? They’ve done away with the dual-tech thing on the first Nook in favor of an all touchscreen interface.

I am wondering a bit about the hook in the bottom-left corner though. That could be just a design thing as part of the protective case, but what if it’s actually a part of the device itself?