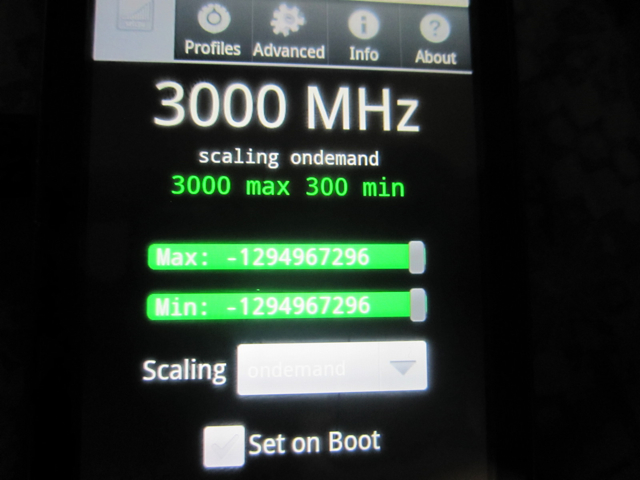 What’s that? You thought overclocking the T-Mobile G2 to 1.344GHz was an impressive feat? How about overclocking another Android phone to be even faster than most notebook and desktop computers? It happened and it’s amazing.

A couple of guys from Team DeFuse took their hacking hands to the Motorola DROID X and DROID 2 smartphones, seeing how fast they could make that mobile processor go. After some mucking around, they managed to double the clock speed to a very impressive 2.0GHz… but they weren’t done.

While the release isn’t quite stable just yet, the duo felt that they could take it to the next level. Shortly after word broke out of the 2.0GHz accomplishment, Team DeFuse’s Matt comes forward with proof that he’s bumped the DROID 2 up to 3.0GHz.

Is this going to kill the battery life on the Moto smartphones? Definitely. Will it likely crash a thing or two, possibly caused by the intense overheating that will probably result? Yeah, most likely, but who cares? This is a face-melting accomplishment.