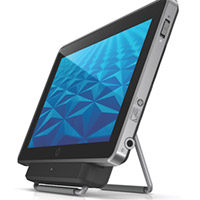 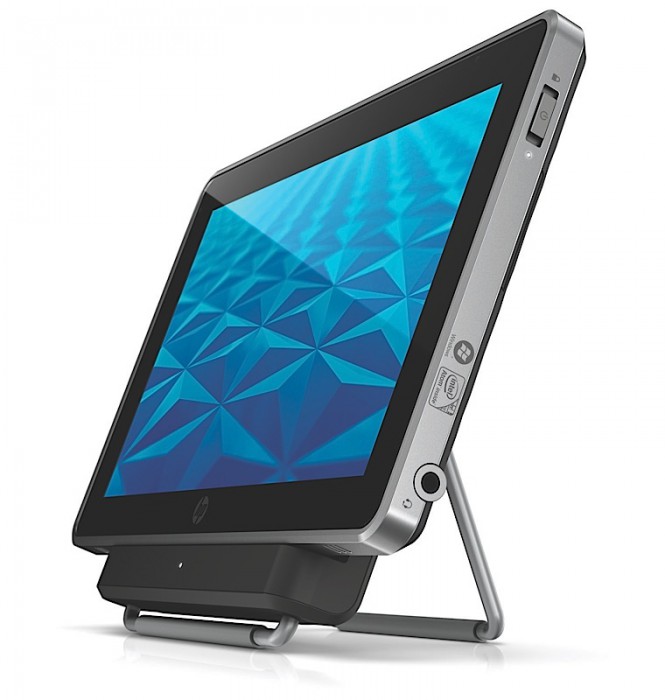 We all knew this day was coming. We’ve seen teaser pics and spy shots, but it’s about time the official day arrived. HP has officially announced the HP Slate 500. This is a tablet that will come powered by Windows 7, but it gets some slight modifications so that it can work better with the 8.9-inch touchscreen.

The Slate made its debut at CES back in January, but that was still a work-in-progress. Finalizing the spec sheet, HP tells us that the Slate 500 has a 1.86GHz Atom processor, WiFi, 64GB SSD, and 2GB of RAM. This puts it in the same power range as a netbook, aside from the addition of the SSD. The kicker is that the retail price is $799.

That’s an awful lot of bones for a what could otherwise be a $300 netbook. I have a hard time justifying an additional $500 for a touchscreen and a solid state drive. Then again, HP is saying that this is catering mostly to the business market and it is capable of doing 1080p video (with HDMI out).

Moving forward, the mass market PalmPad will likely fit in better with the consumer perspective than the Slate. That’s currently slotted in for an early 2011 release. Let’s face it: Windows 7 is probably too bloated for the tablet environment. webOS makes a lot more sense.

The new HP Slate 500 Tablet PC is designed specifically for business, enterprise and vertical customers looking for the mobility of a tablet, the familiarity of Microsoft Windows 7 and the ability to run custom or corporate applications.

With a starting weight of only 1.5 lb (0.68 kg), the HP Slate 500 Tablet PC sets a new standard for mobile productivity with a an ultra-thin, sleek form-factor that enables businesses such as retail, healthcare, insurance, education and hospitality to be more intuitive and work efficiently while on the go. The ability to easily incorporate custom business applications differentiates this product and ultimately enhances the user experience and saves time for HP’s business and enterprise customers.

The 8.9-inch capacitive multi-touch display of the HP Slate 500 Tablet PC allows users to navigate on the screen with the touch of a finger or with the HP Slate Digital Pen and Evernote® software to handwrite e-mail messages and take notes easily.

The integrated VGA webcam on the front of the HP Slate 500 Tablet PC enables video conferencing, while the 3MP camera on the back can be used for still-image and video capture. With Wi-Fi CERTIFIEDTM WLAN, users can send and receive e-mails or access the internet at work, at home, and favorite hotspots.

The HP Slate 500 Tablet PC will be available first in the U.S. and then evaluated for further market expansion.

To learn more about the HP Slate 500 Tablet PC and ways it will enable mobile professionals to increase efficiency, please visit: www.hp.com/go/slate/