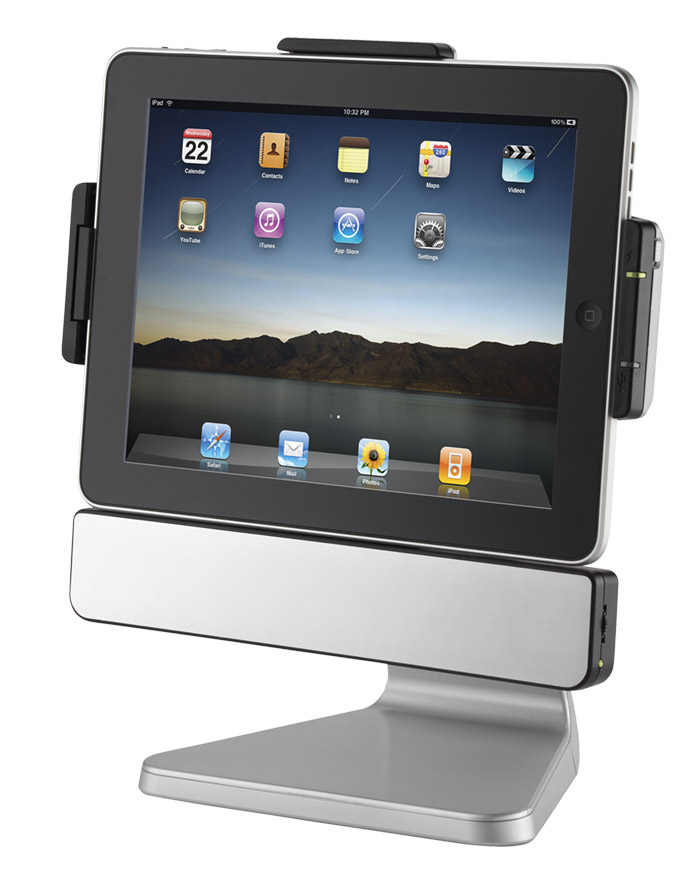 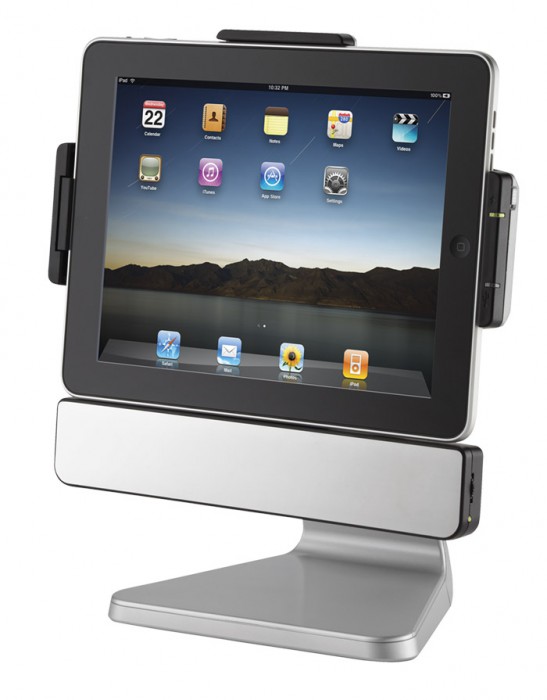 Maybe you’re on a budget and can’t afford one of those shiny new MacBook Airs. That’s okay. You already have an iPad and you can effectively transform it into an Apple iMac on the cheap. Well, sort of. At least it looks kind of like an iMac. Okay, no it really doesn’t but we can all pretend.

What you see here is the PadDock 10 stand. It’s a docking station for the iPad that comes equipped with some integrated speakers and, if you were to pair up your iPad with a Bluetooth keyboard, you can almost have a desktop-like experience. You know, on a ten-inch screen running iOS rather than the new OS X Lion.

Beyond the docking and the speakers, the PadDock 10 can rotate 360 degrees and it’ll charge and sync your iPad to boot. Realistically, this $100 stand might work a little better as an accompanying accessory to your existing iMac. That way, it’s almost like having a dual monitor setup with two separating operating systems.

And then you can have your iPhone 4 on your desk too, completing the Cupertino trifecta.