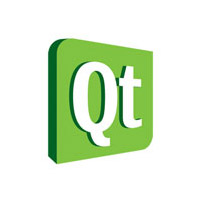 Nokia is a company that is at a bit of a crossroads right now. You see some devices out there still rocking Symbian S40 and S60, then you have a couple doing the Maemo thing, and then there’s MeeGo too. Hoping to streamline the process of app development, Nokia is turning to Qt.

Qt, which is pronounced as “cute,” is an application development framework where the application can be easily deployed on Symbian and MeeGo platforms. No need to do a complete recoding, because Qt does the porting process for you. Nokia has chosen Qt for its in-house development too.

For both applications and user interface improvements, Nokia’s Qt developments will make the operating system a “constantly evolving and constantly improving platform,” rather than having distinct differences like Symbian^3 and Symbian^4. And “we will no longer be talking about Symbian^3 or Symbian^4 at all,” that about sums that up.

Oh, and you know Apple doesn’t really like Flash (though they like flash memory)? That is having a rippling effect on the industry, because Nokia says it will “embrace the emerging HTML5 standard for Web content and applications for Symbian and MeeGo platforms, both through in-built support in Qt and through the browser.”