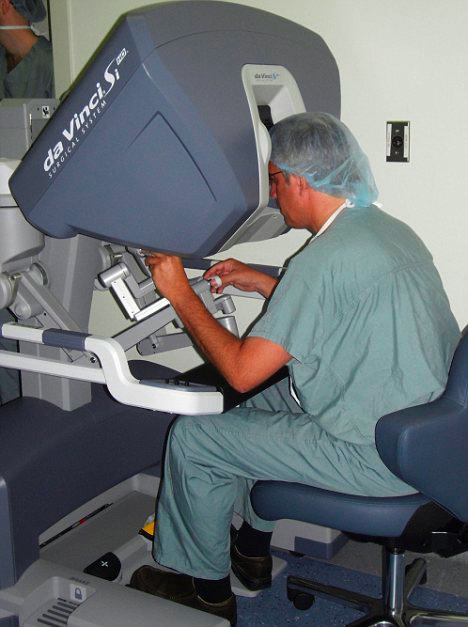 Over at McGill University, a team of surgeons have successfully removed a patient’s prostate without the use of human hands. Instead, a couple of robot surgeons did the real work on the guy going under the knife. Part of the surgery team included the da Vinci robo-surgeon and the McSleepy robot anesthesiologist. Working together, these robots send high-definition 3D images to a nearbuy workstation that is still (thankfully) controlled by human surgeons.

Using this kind of interface doctors are able to have “precision that cannot be provided by humans alone.” No matter how steady the human hand may be, it can’t be as perfectly steady and deadly accurate as the robot arms. Even so, Dr. Thomas Hemmerling is quick to point out that the robots “will not replace doctors” any time soon. They’ll just “help them to perform to the highest standards.” Until they learn enough to do it on their own of course.