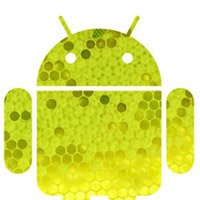 Everyone is getting into the tablet game these days and it seems to make the most sense to strike while the pan is hot. Lenovo doesn’t think so. It’s exercising a fair bit of patience and apprehensive caution, because it’s not going to release a tablet device until some time next year.

According to Rory Read, Lenovo President and COO, the company fully intends on releasing a tablet, but it’s not going to do so until Android Honeycomb is fully released and ready to go. While we are reasonably certain that Gingerbread is Android 3.0, we’re not completely sure whether Honeycomb is of the 3.x variety or if it jumps ahead to 4.0.

Either way, an optimistic outlook would put Honeycomb on schedule for next summer, which would mean that’s the soonest Lenovo would do tablets for us. If Google delays the next Android build, then Lenovo would delay its tablet too. By that time, it could be a matter of too little, too late, especially if RIM’s PlayBook manages to corner the business market.

What about Lenovo smartphones? The Le Phone Android device is still being pushed around in China, but Lenovo is taking another “wait and see” philosophy regarding entry into the US market with something similar.