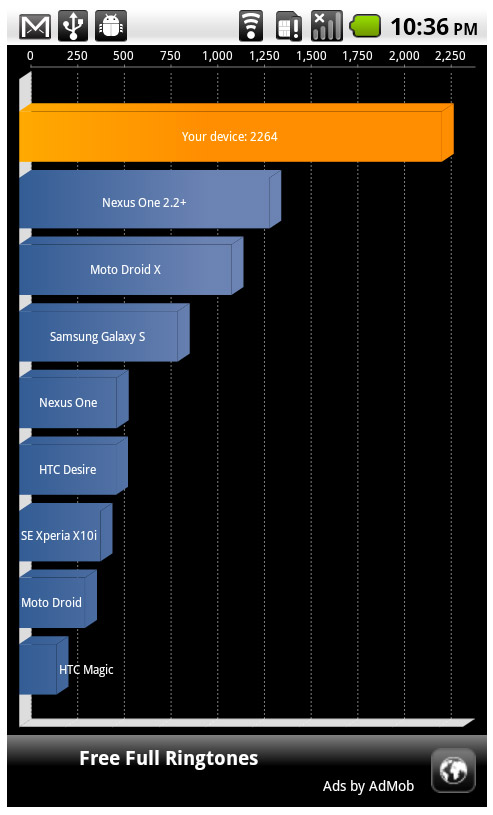 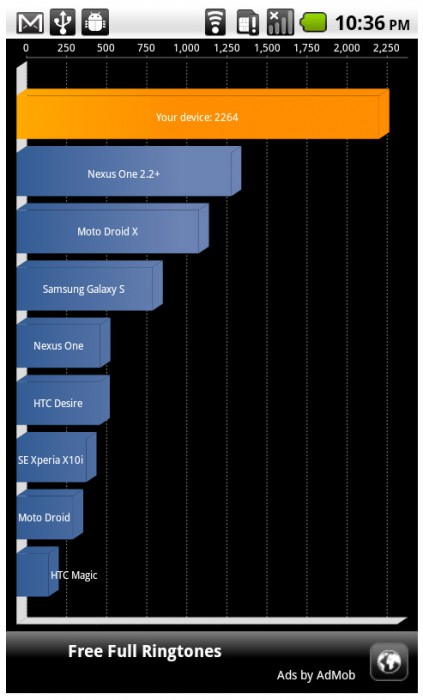 Overclock shop talk usually happens around people with water-cooled desktop computers, but smartphones are no stranger to this realm either. You know that 800MHz processor under the hood of the T-Mobile G2? While the phone remains locked, they’ve figured out how to turbocharge that sucker up to 1.344GHz.

That’s getting close to doubling its effective clock speed, resulting in quite the monster of a smartphone. Remember that a stock G2, which is basically the same as the HTC Desire Z, is already reasonably peppy with its 800MHz processor and it’s mostly able to keep up with its 1GHz compatriots.

This monumental increase in performance was achieved by some guy who calls himelf coolbho3k and the score was shown using the Quadrant benchmarking tool. This tool handles CPU speed, file input and output speeds, and 2D and 3D graphics speed, but the only tweak was the CPU speed increase. A few more upgrades in those other areas and you’ve got one crazy phone.

Similarly, coolbho3k ran his super-clocked T-Mobile G2 through LinPack. This software measures the ability of the processor to perform “floating point operations,” which are random, complicated “new math” problems. The G2 pumped out a score of 40, which is more than respectable. Anything about 35 is considered pretty darn fast.

Will your battery life suffer from running at almost double the stock clock speed? Definitely. Will you want to run it at 1.3+ GHz full-time? Probably not, but this is still a very cool exercise in what is possible.