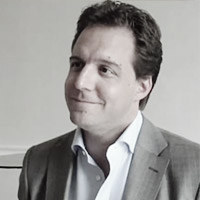 Executive director of the Symbian Foundation, Lee Williams, has just stepped down from his position which he held at the non-profit organization for over 10 years.

Symbian OS is an open source software platform on millions of Nokia handsets. The departure of of Williams, who has a past with Palm – he managed the licensing of Palm OS – as well as being the GM of a company that was acquired by Motorola, will surely create a lot of skepticism on the future of Symbian. Android is a big contender in this arena, it will be interesting to see how Tim Holbrow, the man immediately appointed by the board of directors to Williams’ place and prior CFO will continue to compete in the open source mobile arena.

Gartner analysts predicted last month that Symbian and Android would dominate the mobile phone OS market by 2014, so this change in the leadership of Symbian shouldn’t matter too much, as Williams’ reason for stepping down was just for “personal reasons.”