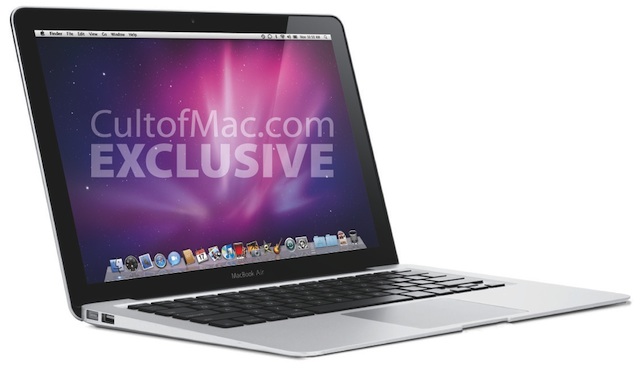 There’s a new version of the iPhone every year. There’s probably going to be a new iPad in the next few months. What about the MacBook Air? That notebook has been left largely untouched for some time, but it looks like that’s about to change. A refresh for the MBA is on the way and it’s coming with a price cut to boot.

The rumors are in. Apple is hosting a “Back to the Mac” event later this week and it is there, so we hear, that the new version of the MacBook Air will be revealed. It’ll likely rock a mostly similar design and razor-thin profile, but the price starts at $999 for the 11.6-inch model. The 13.3-incher would start at $1100.  The rumors peg it with a 2.1GHz or 2.4GHz processor (please be Core i3), NVIDIA GeForce 320M graphics, 2GB base RAM (upgradeable), SSD options, thinner case design, SD card slot, two USB ports (one more than before), Mini DisplayPort, and MagSafe. They’re also claiming between eight and ten hours of battery life, compared to the five hours you’d get on the current MBA.