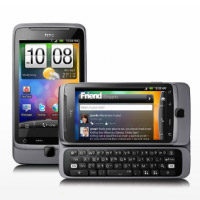 The Desire line of smartphones from HTC is, to put it bluntly, pretty darn desirable. We already knew that the Desire Z was making its way over to T-Mobile as the T-Mobile G2, but what about the poor syrup-suckers north of the 49th parallel? Well, yes, they can have that phone too.  It has been announced by Bell Mobility that the HTC Desire Z will be “coming soon to Canada’s best network.” I’m not convinced about the whole claims of being the best network in Canada, but the Desire Z looks to be my cup of tea. It loads up with Android 2.2, a 3.7-inch Super LCD (480×800), and a slide-out QWERTY keyboard.

The HTC Desire Z does not come with one of those snazzy 1GHz processors, but it’s not exactly a slouch either with its 800MHz Qualcomm MSM 7230 and 512MB of RAM. Rounding out the specs are DLNA media sharing, a 5MP camera with 720p HD video recording, and HTC Sense UI.

I like HTC. I like Android. I like QWERTY keyboards. I like AMOLED screens, though, so it’ll be interesting to see how the Super LCD stacks up against that tech. It’s supposed to be pretty good too. Either way, Bell hasn’t announced when and how much the Desire Z will be, so just read into the “coming soon” how you will.