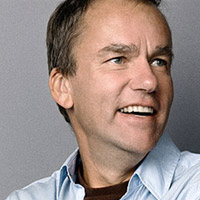 There’s a lot of movement going on in the increasingly competitive smartphone market. Nokia may be losing market share, but MeeGo is supposed to revitalize that. Capitalizing on this rise, Palm has snatched the head MeeGo guy to work on webOS.  Just earlier this month Ari Jaaksi stepped down from his position of the MeeGo head at Nokia, attributing this move to “personal reasons.” Well, those personal reasons could have very well been quite perfessional in nature.

Nothing has been confirmed just yet, but it seems that Ari Jaaksi has taken on the job of senior vice president of webOS at HP’s Palm division. Word on the street is that he starts next month after he’s moved over to the Bay Area and settled.  With the other addition of Victoria Coleman from Samsung’s R&D Center in San Jose, it looks like Palm and HP are really getting ready to hit the market hard with some new attempts at winning customers. Only time will tell how webOS 2.0 ends up doing, but it’s clear that HP isn’t afraid to “borrow” some talent from around the industry to do it.