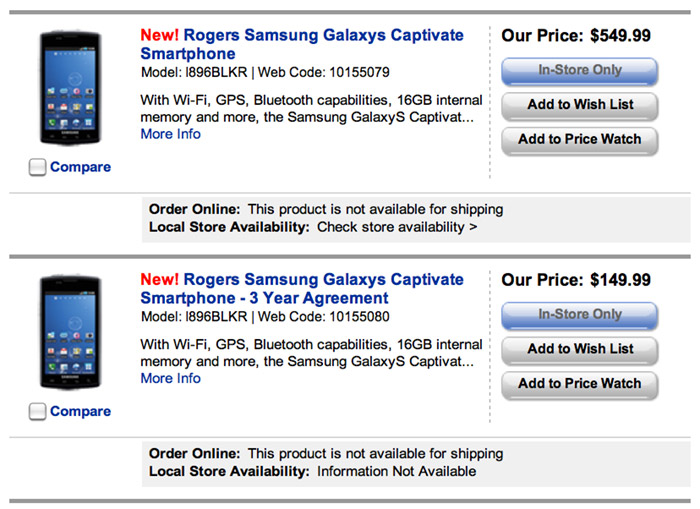 We are getting close. I can feel it. I can taste it in the air. The Galaxy S platform from Samsung is finally going to be made available through Rogers Wireless. We think it should be some time this month and it seems that Best Buy Canada agrees.

While Rogers hasn’t officially confirmed a release date for the Samsung Galaxy S Captivate yet, Best Buy has gone ahead and put the Android phone up on its website. Based on the information posted on the site, the Captivate will sell for $149.99 on a three-year and $549.99 outright. That’s in line with earlier reports related to pre-orders.

By the sounds of things, all the ducks are starting to line up in a row for this phone. We’ve already seen the training stuff going around at Rogers and the dummy phones are getting shipped to stores too. A Best Buy website spot gets us a little bit closer.

Now, if they’ll just quite teasing and launch the thing already, all the Android folks with Rogers can finally smile with some Galaxy action of their own. I know of at least a couple people who’d be interested.