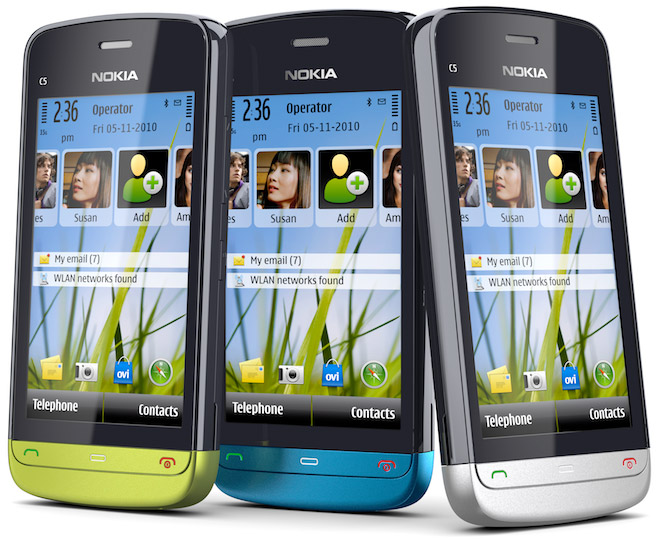 You see, it takes on a similar colorful shell as its more attractive N8 counterpart, but the specs under the hood throw us back a couple of years relative to what Nokia has done and can do. I’m not knocking the phone, per se, but it really doesn’t push the envelope anymore. There’s no MeeGo. It’s just regular old S60v5.

The 3.2-inch display is a resistive (read: not capacitive) touchscreen. There’s a five megapixel camera that can do 640 x 352 pixel video at 15 frames per second, but there’s no flash. Fleshing it out are 3G, WiFi, GPS, microUSB, and Bluetooth 2.0.

It’s not going to wow anyone, but the price certainly puts it within reach for people hesitant to enter the smartphone market. I’m hearing that it’ll retail for just 170 Euro ($238) as an outright purchase. That’s half the price of its higher-spec’d counterparts.