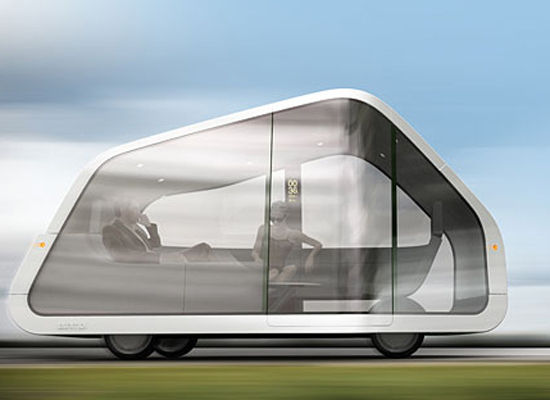 Can the spinning lasers on top of the Google car see my underwear?   To find out the answer, I asked the inventor of the device, David Hall.

“No, it can’t see your underwear but it can tell how tall you are and exactly how far you are standing in respect to a car.”

LIDAR (Light Detection And Ranging) is a new way of looking at the world.   With 64 spinning lasers, LIDAR images the world in a true 3D manner by measuring the distance from a stationary or moving position at a million points per second.   The image is recreated by the control software in a similar way as modern video gaming operates.

As a competitor in the second DARPA Grand Challenge, David Hall came up with the idea.  His first version of the LIDAR was the size of a spare tire spinning on top of his green Toyota Tundra.   It was a successful design and Hall went on to make a smaller version that was used on five of the six finishing vehicles in the recent Urban Grand Challenge.

According to the New York Times, Google insists that safety is one of the top purposes of bringing these vehicles to the road.  With instant reaction time and 360-degree awareness, engineers believe these computers have the potential to significantly decrease automobile-related deaths and accidents.  Unlike human drivers, LIDAR doesn’t get tired, it doesn’t get distracted, and it doesn’t fall asleep at the wheel.

David Hall started the company Velodyne, now located in Morgan Hill, CA, based on an invention in the audio business that improved speaker system sound quality.   He turned the day to day managing of the company over to his brother, Bruce Hall, and now spends his time thinking up new inventions.

You may one day get the opportunity to read the paper, eat breakfast, pay a few bills, email your college roommate, and work the thigh master all during a morning commute.  Your grandparents may be able to shop for groceries, visit your kiddies, and enjoy a longer independent life with LIDAR assisting their driving.

Although it may be several years before they hit the road, these cars have already been tested on 140,000 miles of California roads from the Silicon Valley to Santa Monica.