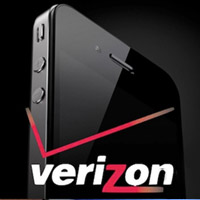 By now, you’ve surely heard more than your fair share of rumors surrounding the prospects of an Apple iPhone showing up among the fold at Verizon Wireless. Well, it’s time to add some more fodder to the trough, because an analyst has indicated that Big Red is “on track” to start selling the iPhone next March, a couple months past a CES unveiling predicted by WSJ.

This comes by way of Brian Marshall from Gleacher & Co. He’s been keeping a close eye on Apple and he predicted a March release about five months ago. From what I can gather, the hiccup (not including business negotiations between the two parties) is that Apple doesn’t want to bother making a specialized SKU for just one carrier. And that’s why next year might work.

Marshall indicates that the Verizon-bound iPhone “won’t just be for Verizon. There are international carriers that use CDMA, like KDDI in Japan, so I expect that Apple will make a big global push.” There aren’t too many places that still do CDMA as a primary technology, but it might be enough to grab Apple’s interest.

When Verizon gets a hold of the iPhone, it will mean more sales for Apple. “Apple will sell an additional 11.5 million units with Verizon,” said Marshall. “[Sales at] AT&T would go down only a couple million, but Verizon would sell at least 11.5 million in 2011.” he added. 17.2 million iPhones were sold worldwide in the first half of 2010 alone.

Realistically, a dual-mode iPhone might be an easier and more lucrative option for Apple overall. Sell the iPhone 5 to both AT&T and Verizon, for example, and keep the manufacturing process streamlined. Either way, Marshall says the prospects are “pretty tremendous.”